The J/24 category championship of North America was conducted recently at Valle de Bravo in Mexico. The final races saw. 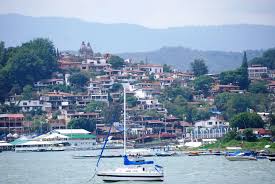 Welles has been two-time world champion in this series and this win has now made him a champion of the North American chapter four times of the J/24 category. The two races on the final day in the first weekend of April saw the teams close together. Welles has a mere two-point advantage. He was helped by a local boat owner as well as other team members who helped to take the boat to victory when race 9 occurred. Parker was on their heels and came in the second position.

The final contest saw a close duel between them. Welles came in ninth position and Parker in 10th; it also gave Welles and his team the points to win. Parker and his team were placed second whereas Mexican finisher was in third place.

For Welles, it was the first victory he acquired in Valle de Bravo. He had competed in similar waters when he had competed in Mexican National Championship. It also marked a successful liaison with a local boat team who were good friends with Welles from Newport and they had also raced in fleet 50 category together.

Welles stated that the conditions for sailing were unique in this bay area. The wind puffs had to be caught and for the final races, they ensured that they had a good start and to keep their competitor behind them. This event comprised of 10 races in total where 27 boats of the J/24 category competed. The venue was Club Nautica in Mexico.